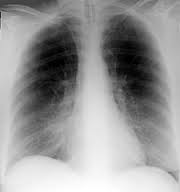 The review of postoperative x-ray films are summarized in Tables 2 and 3. The incidence of diaphragmatic elevation in group 1 (without the CIP) was 36 of 60 (60 percent) compared to 5 of 60 (8 percent) in group 2 (CIP was used) (Table 2). CAt-squared analysis indicated that the incidence of diaphragmatic paralysis in group 2 was significantly less (p<0.001) than that of group 1. The x-ray films were then reviewed to determine the incidence of left lower lobe atelectasis in both groups (Table 3). When the CIP was not employed, 34 of 60 (57 percent) patients had left lower lobe atelectasis. In contrast, among patients in group 2, only 13 of60 (22 percent) developed atelectasis in the postoperative period. Again, using c/it-square analysis, the difference proved significant (p<0.001).

Aortic cross-clamp time and volume of cardioplegic solution utilized were compared. These data are summarized in Table 4. By the Student f-test and analysis of variance, mean cross-clamp time was comparable in groups 1 and 2. Within group 2, mean aortic crossclamp time for the five patients who developed diaphragmatic elevation was 88 min, compared to 69 min for the other 55 patients in this group. This difference was significant (p<0.05), but may be the result of the small number of patients and needs to be further evaluated for a larger group. There was no significant difference between the two groups with respect to the amount of intraaortic cardioplegic solution employed.

The anatomic position of the left phrenic nerve on the pericardium exposes the nerve to prolonged hypothermia during topical cooling of the myocardium in cardiac surgery, since it courses along the most dependent portion of the pericardial sac (Fig 2).

The development of atelectasis in 86 to 96 percent of immediate postoperative patients undergoing coronary artery bypass surgery was reported by Good et al.

Scannell et al described four cases of phrenic nerve paralysis in 25 patients who underwent cardiac surgery using topical hypothermia as a method of myocardial protection. He referred to this finding as the “frostbitten phrenic,” or a cold injury to the nerve.

Marco et al examined the effects of topical cardiac hypothermia on the phrenic nerve in dogs. They showed that direct exposure of the phrenic nerve to both ice chips and a slush solution caused phrenic nerve paresis or paralysis and elevation of the diaphragm. They also demonstrated that this injury resolved within 60 to 90 days. Medical publications are issued on Canadian Neighbor Pharmacy.

Irisawa et al reported a case of bilateral phrenic nerve paralysis due to the use of topical cardiac hypothermia. Benjamin et al reported a 63 percent incidence of infiltrative or atelectatic change in a group of 122 coronary artery bypass patients where topical cooling of the heart with ice was utilized. These findings were attributed to the effects of hypothermia on the left phrenic nerve. Fifty-five percent (22 of 40) of their group 2 had fluoroscopic documentation of paresis or paralysis of the left 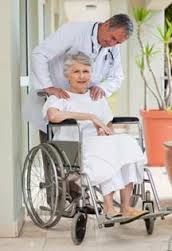 hemidiaphragm. This group of patients, and their incidence of elevated diaphragms, is comparable to that of our group 1.

Witte et al reported that 93.2 percent of patients undergoing cardiac surgery developed perceivable pathologic changes on routine postoperative chest x-ray examination. Limited motion was noted on the left side in 69 percent with fluoroscopy. They attributed this to direct damage of the left phrenic nerve caused by topical cardiac cooling.

Bjork et al were the first to describe the use of a cardiac insulation pad. They used this, however, as an insulator for maintaining the patients body temperature at 30°C. They did not mention a decrease in postoperative atelectasis nor diaphragmatic elevation.

Topical cardiac hypothermia as an adjunct to the infusion of cold cardioplegic solution into the aorta has become an accepted technique to protect the myocardium during open heart surgery and can be accomplished by several methods. These techniques include the use of a cooled physiologic solution, with or without ice chips or slush. Several authors have reported the development of atelectasis with left and/or right phrenic nerve paralysis or paresis, especially when ice chips or slush are used.7U’ Due to the retrospective nature of our study, we were unable to absolutely confirm the paresis or paralysis of the left hemidiaphragm with fluoroscopy. However, our reported incidence is comparable to the documented incidence of 55 to 64 percent reported in the literature (Table 5). Some cardiac surgeons use sterile ice slush makers to provide their topical cardiac hypothermia and have reported no evidence of cold injury to the phrenic nerve.

The decreased number of patients who experience elevated left diaphragm and/or left lower lobe atelectasis after the insertion of an insulation device between the pericardium and the heart in our series tends to substantiate the theory that cold injury to the phrenic nerve from topical hypothermia is the cause of nerve injury and hence, diaphragm paralysis.

Length of exposure time of the phrenic nerve to ice as measured by the aortic cross-clamp time was slightly longer in group 1 (Table 3). Although not significantly different in our series or the series by Benjamin et al, it is possible that the time difference could be significant with a larger group of patients. Volume of intraaortic cardioplegia in each group was essentially equal.

Direct surgical trauma to the left lower lobe and/or phrenic nerve is rarely a contributory factor, but must be considered because of the occurrence of this complication prior to the use of topical cardiac hypothermia.

The efficacy of topical hypothermia in cardiac surgery for myocardial preservation has been well documented and is used by many cardiac surgeons. The occurrence of atelectasis and/or elevation of the left leaf of the diaphragm after the use of topical hypothermia has been noted by several authors and is concluded to be the result of a cold injury to the phrenic nerve.’ There have also been reported cases of bilateral phrenic nerve paralysis with respiratory compromise.

We conclude that the major cause of paralysis and or paresis of the left diaphragm and resulting atelectasis of the left lower lobe after the use of a topical cardiac hypothermia is caused by cold-induced phrenic nerve injury. We also have concluded that these complications can be prevented or reduced by the use of a physiologic solution that has been profoundly cooled but has no ice chips or slush in it, or by the insertion of a CIP prior to the use of topical hypothermia if there are ice chips or slush in the solution. This has not been previously reported in the English literature. 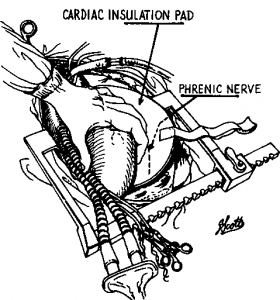 Figure 2. CIP in place and position of the left phrenic nerve.