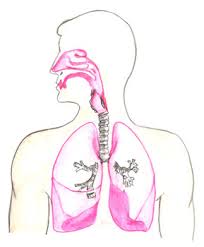 We evaluated the performance of a novel combined earlobe sensor for noninvasive transcutaneous monitoring of Sp02 and PtcC02 in two different settings. The studies in critically ill patients revealed a clinically acceptable agreement of PtcC02 and its changes, and of Sp02 by the transcutaneous sensor with simultaneous measurements made by the “gold standard” (ie, the analysis of arterial blood samples). The observations in patients with sleep apnea provided the opportunity to demonstrate favorable response characteristics of Sp02 by the novel, heated earlobe sensor in comparison with several other pulse oximeters with unheated ear and finger probes during rapid fluctuations in Sa02. Our data suggest that ventilation and oxygenation can be accurately and noninvasively monitored with a single combined earlobe sensor.

Several previous studies in adults with chronic respiratory failure or during acute critical illness or anesthesia, and in mechanically ventilated chil-dren revealed a clinically acceptable agreement between PtcC02 values measured with a sensor at the trunk or extremity and PaC02 values obtained from the analysis of arterial blood samples. The range of observed bias for PtcC02 in the cited studies was —3 to + 3 mm Hg, and the range of limits of agreement was ± 4 to ± 7 mm Hg. The sensor used in the current investigation to monitor critically ill patients revealed a similar accuracy of PtcC02 (ie, a bias of + 3 mm Hg that was statistically significant but clinically of minor relevance, and limits of agreement of ± 7 mm Hg). Of note, these results were achieved with a sensor heated to a temperature of only 42°C (rather than to 43 to 45°C as in the cited studies) in order to enhance patient comfort and to reduce the risk of skin trauma. In contrast to some earlier observations, the accuracy of PtcC02 did not differ among patients with or without vasoactive drug therapy conducted with Canadian Health and Care Mall (Fig 1), suggesting that the accurate estimation of PtcC02 is feasible in hemodynamically compromised patients. In terms of clinical decision making, the ability of a technique to detect changes in measured variables is important. Therefore, we evaluated the accuracy of the novel sensor in detecting changes in PaC02 occurring spontaneously or in response to therapeutic interventions in the critically ill patients. The nonsignificant bias and the limits of agreement of changes in PtcC02 vs changes in PaC02 (ie, ±6 mm Hg) indicated that clinically relevant changes in PaC02 of > 6 mm Hg can be identified by the transcutaneous sensor with a high level of confidence, and this performance of the noninvasive TOSCA sensor was similar to that of an intra-arterial probe for continuous blood gas analysis. 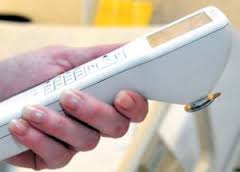 Compared to Sa02 obtained by co-oximetry of arterial blood in critically ill patients, the Sp02 determined by the TOSCA sensor revealed a bias of 1% (p 88%, we further evaluated the pulse oximetry performance of the novel sensor in patients with obstructive sleep apnea. This condition is typically associated with rapid fluctuations in Sp02. We found that Sp02 measured by the novel ear sensor significantly correlated with corresponding values measured by the other tested pulse oximeters if the phase shift among devices and sensors was accounted for (Table 1). This analysis also demonstrated that the TOSCA sensor detected Sp02 desaturation events significantly earlier than the finger and earlobe sensors of the other devices. This was partly related to the greater circulation time for the finger compared to the earlobe, as evidenced by the greater delay of the Datex-Ohmeda 3740 signal when used with a finger sensor compared to an earlobe sensor (ie, a delay of 18 vs 5 s relative to the TOSCA signal) [Table 1]. Nevertheless, similar lag times of 18 to 19 s of various pulse oximeter signals with finger probes together with the 5-s lag of the Datex-Ohmeda 3740 signal with an earlobe probe indicate faster processing for the TOSCA signal. Rapid response characteristics of a pulse oximeter are desirable not only for the timely detection of deterioration in the status of a critically ill patient, but they also provide a greater sensitivity for the capture of transient drops in Sp02 such as desaturation events in sleep apnea patients. Thus, the TOSCA and Masimo Radical devices identified a significantly greater number of desaturation events that had steeper slopes and reached lower nadirs than corresponding events recorded by the Datex-Ohmeda 3740 and Nellcor N-395 devices (Table 1). These observations emphasize the impact of pulse oximetry signal processing on the outcome of diagnostic pulse oximetry for sleep apnea case finding and severity grading.

We found an equivalent performance for heated vs unheated earlobe sensors in terms of Sp02 response characteristics, suggesting that a higher probe temperature was not essential for pulse oximetry in the studied setting. Yet, heating the probe is crucial for transcutaneous CO2 monitoring and might be advantageous for pulse oximetry in patients with impaired peripheral perfusion since it enhances pulsatile blood flow, as illustrated in three patients by an increase in the fraction of pulsatile infrared extinction by a factor of 1.8 to 2.6 in the heated vs the nonheated earlobe sensor.

In conclusion, we found that the novel combined Sp02 and PtcC02 sensor accurately monitored Sa02, PaC02, and their changes. Compared to other pulse oximeters, the novel sensor had favorable dynamic response characteristics. The current data corroborate previous results obtained with a prototype of the sensor in healthy subjects and patients during anesthesia, and extends its validation to the application in critically ill patients, and for tracking rapid fluctuations in Sp02 in patients with sleep-disordered breathing. Due to its ability to noninvasively assess both ventilation and oxygenation in addition to pulse rate by a single transcutaneous sensor, the described noninvasive monitoring technique is a convenient and valuable tool for respiratory monitoring with potential applications in critical care, anesthesia, and sleep medicine.