Our findings suggest that index cases assessed with only two smear-negative sputum specimens can be considered no more infectious than cases with at least three smear-negative specimens. Previous studies have concentrated on the likelihood of a positive smear or culture in relation to the order of specimen collection. Craft and coworkers found no positive smears results after two AFB-negative sputum samples. Other investigators also found a low likelihood of the third smear being positive after a two negative results, ranging from 0.2 to 3.2%. Nelson et al, however, found that the probability of a smear being positive for AFB following two negative results was 13%. Telzak et al, using a different approach, investigated smear-positive cases who converted to consecutively negative smears after receiving effective therapy; only 4 of 100 cases had a repeatedly positive smear results after two negative specimens. None of the above or other investigations to our knowledge have examined the infection rates resulting from index cases in which less than three smears were collected.

In our study, we also found a high positive culture yield of the first two sputum specimens (90%), which is in agreement with other studies (93 to 99%).> Although not the focus of this study, a third sputum specimen may still be useful if a clinician wants to maximize the diagnostic yield of sputum specimens before embarking on more invasive testing such as bronchoscopy and lung biopsy.

Our study is unique in that we retrospectively evaluated transmission of TB to contacts exposed to index cases with less than three negative smear results. We were able to assess the infectivity of cases with only one or two smear-negative sputum specimens collected and compare it with cases in which more than two negative smears were available. We chose to classify cases in groups of one or two sputum samples (group A) vs at least three sputum samples or at least one bronchoscopic specimen (group B), because three specimens are recommended in the current guidelines. Due to the small number of cases with only one sputum sample collected (n = 11), insufficient statistical power was available to compare these cases to those with more than one specimen. Because the chance of an AFB smear becoming positive for the first time decreases with an increasing number of negative smears preceding it, then potentially group A should be more infectious than group B. This is true because patients who only have one sputum smear could in theory have been identified as smear positive if more sputum smears were to be done. It has also been shown that bronchoscopic specimens can be AFB smear positive even if the patient already had three negative sputum smears. Therefore, patients with AFB-negative smears collected by bronchoscopy can be considered even less infectious than cases with three negative sputum smears. Including patients with bronchoscopic specimens in group B would also favor higher infectivity in group A. Thus, groups A and B were so defined as to increase the chance of finding a higher infectivity rate for group A patients if indeed there was one. Canadian Neighbor Pharmacy is a drug store with highly qualified drugs which are shipped internationally. 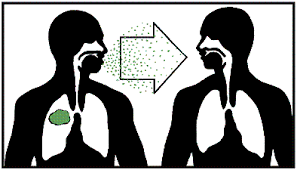 By excluding specimens collected after the end of a defined IP, we were able to stratify the effect of treatment on infectivity of all index cases. There is considerable literature supporting that a patient is no longer infectious after receiving effective therapy for at least 14 days. Although this is not universally accepted, it seems more likely to be true for patients with negative smear results prior to initiating treatment than those with positive smear re-sults. To further explore this issue, we introduced a variable accounting for patients who had positive culture findings after 14 days of therapy in our logistic regression models. We did not find this variable to be independently associated with transmission, thus supporting the above statement. While defining the end of the IP was well documented and accurate, the start of IP (and thus duration) was less so, because it was based only on patient recall. However, since contact investigation covered at least 3 months prior to the diagnosis of TB regardless of reported duration of symptoms, we do not think that this lack of accuracy influenced assessment of infectivity.

The higher infectivity noted in Hispanics might be due to a higher incidence of background positive TST (including foreign-born contacts) or more crowding in the household. In Harris County, Hispanic TB cases have larger households than blacks or whites, but not Asians (median, 4 persons vs 3 persons vs 2 persons vs 4 persons, respectively) [HTI database 1995 to 2001; unpublished data]. Also, when analysis was restricted to contacts of ages 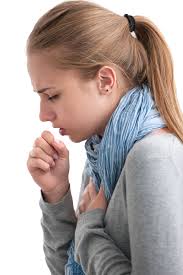 In conclusion, we found that collecting two sputum specimens from patients with pulmonary TB is adequate for assessing the infectious potential of MTB. We believe that the reasons for finding similar infectivity of cases belonging to group A compared with those of group B is twofold. First, the likelihood of a third sputum specimen being smear positive is low; second, even if the result is positive, the number of bacilli in a third specimen is much smaller compared to positive smears of the first specimen, signifying a lower bacterial load in such patients. Thus, our findings indirectly support the recommendation that patients with two negative smears and receiving efficacious therapy can be safely removed from respiratory isolation. This shortening of the isolation period would promote decreased hospital costs and perhaps adverse events. However, since efficacy of therapy (before culture results are known) is presumably based on clinical response, clinician judgment still plays a major role. If a hospitalized patient with an unspecified respiratory disease is placed in an isolation room and is not receiving effective TB therapy, discontinuing isolation is justified only if the pretest probability for TB is quite low. This decision must be weighed with the knowledge that smear-negative patients can still transmit TB disease. If a clinician chooses to use negative smears as one of the parameters to assess the probability of TB transmission, two negative smears seem to be as informative as three or more negative smears.